Our Advice Line is open on Mondays, Tuesdays, Thursdays: 9:30am – 1pm, 2pm – 5:30pm; Wednesdays and Fridays: 9:30am – 1pm.
Anyone in need of advice outside of those times can reach us via our contact form and we can make arrangements for call backs.

I am a student from the US, studying Psychology and Law, Societies & Justice, who has the amazing opportunity of living and working in the UK and joining the team at Protect for the next seven weeks as an intern. I had a good idea of the work Protect did, but it was not until my first few days in the office that I got to learn about the fascinating and brave stories about whistleblowers and Protect’s noble dedication to advising both whistleblowers and businesses to stop harm and wrongdoing in the workplace.

During my first week, I became more familiar with what the staff at Protect do, which includes their focuses on advocating for whistleblowers through their advice line, as well as through campaigning for changes in public policy for the rights of whistleblowers.

On my second day, I had the great privilege of joining three of my co-workers, as well as NHS whistleblower Chris Day, at Parliament to watch a debate (July 3) in the House of Commons on whistleblowing. Being able to leave the office setting, especially on only my second day, and attend a government debate on my internship’s exact area of expertise was quite exciting, and exhibited how important the work that the staff at Protect is doing. In addition, meeting Chris Day, a junior doctor who has experienced extreme mistreatment for choosing to speak up about his concerns, was highly valuable as I was actually able to meet an individual who has been directly affected by the lack of support and protection for whistleblowers.

Watching this debate allowed me to understand more deeply why laws to protect whistleblowers are needed to be reformed and expanded. Many of the members of Parliament in the debate brought up personal stories to exhibit the impact that speaking up, or the lack of speaking up, has on individuals – sometimes, it even costs people’s lives. While it was interesting to see government officials debate the topic, I also was able to pick up on the fact that while the general consensus of the debate was that extra laws and protections are highly necessary to protect the rights and dignity of people who blow the whistle, there is much less of a consensus or a clear plan on how to implement an update on the whistleblowing law. This is the area where the staff at Protect can come in and advise – since Protect works directly with whistleblowers, and is a legal charity, we understand the extent of what these cases look like and know what the next steps should be to get us to a place where whistleblowers are fully protected and where no worker feels hesitant to raise a concern in their workplace.

Following the debate, we all met to de-brief the debate and discuss the next steps. Although the fact that members of Parliament held a debate on whistleblowing is significant, my co-workers knew that this debate was only the start of the attempt to change public policy on whistleblowing to allow more types of workers to be protected. They went over the key points of the debate, and outlined a plan for the next steps to take, which included a scheduling of a follow-up meeting with MPs of the debate to discuss legislation and reform.

Overall, this experience during my first work was highly valuable for me in understanding the nobility of Protect and what we do, and in being able to see members of Parliament engage in discussion on the matters that we at Protect engage in on a day-to-day basis. 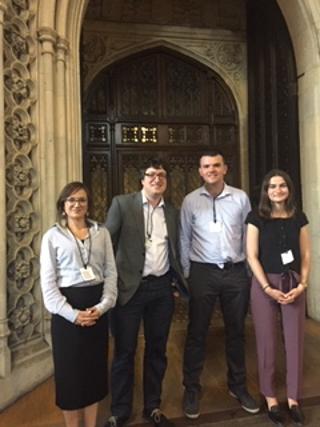 We use necessary cookies to make our site work. We'd also like to set optional analytics cookies to help us improve it. We won't set optional cookies unless you enable them. Using this tool will set a cookie on your device to remember your preferences.
Necessary Always Enabled
Necessary cookies enable core functionality such as security, network management, and accessibility. You may disable these by changing your browser settings, but this may affect how the website functions.
Non-necessary
We\'d like to set Google Analytics cookies to help us to improve our website by collecting and reporting information on how you use it. The cookies collect information in a way that does not directly identify anyone.
SAVE & ACCEPT